What Is Lifestyle Creep And How Can You Avoid It?

After years of working hard at your nine-to-five, a pay rise can seem like the perfect excuse to treat yourself. Of course you need a lavish holiday to Hawaii. And those nice leather boots — you’ve earned them!

After years of working hard at your nine-to-five, a pay rise can seem like the perfect excuse to treat yourself. Of course you need a lavish holiday to Hawaii. And those nice leather boots — you’ve earned them! A renovation might be nice, but what about a bigger house?

Stop right there. Put down the credit card.

You don’t want to fall down the slippery slope of lifestyle creep.

Lifestyle creep (also known as lifestyle inflation) happens when your spending starts to increase in line with additional income, like a new job or a raise.

While there’s nothing wrong with treating yourself here and there – replacing your old manky kitchen with a new one, taking the kids on a holiday – it becomes a problem when your savings aren’t increasing along with your income.

It becomes an even bigger problem when, rather than saving, you start to rack up debt instead. Taking on a bigger mortgage, upping your credit card limit and applying for personal loans to pay for things like a new car will all accrue masses of debt.

If you suddenly feel like you’re earning more but have less money to spend than before, you’re not alone. Australia’s household debt-to-income ratio is just short of 200 %, despite our levels of net wealth currently sitting at an all-time high.

It goes without saying that having large amounts of debt attached to your name will damage your credit report and wreak havoc on your credit score. And this can make things difficult down the track.

So if you’re tipped to receive a raise at the end of the year, or you’ve recently started a new job with a higher salary, how can you make sure lifestyle inflation doesn’t creep up on you?

Be aware of lifestyle creep early on

It’s nice to splash out after getting a raise or new job, but treating yourself can quickly turn into overspending if you don’t rein it in. To stop this from happening, you’ll need to adopt the right attitude from the start. Don’t just think of your pay rise as “fun money”; think of it as serious money to invest in your future.

What many people tend to forget is that after tax, your pay rise might not be as big as you initially thought. For example, a $12,000 increase would work out to be an extra $1,000 per month. This will reduce to around $700 after tax.

While this is certainly nothing to be sniffed at, it isn’t enough money to warrant a complete lifestyle overhaul either. Make sure to crunch the numbers before making any rash decisions — or purchases. 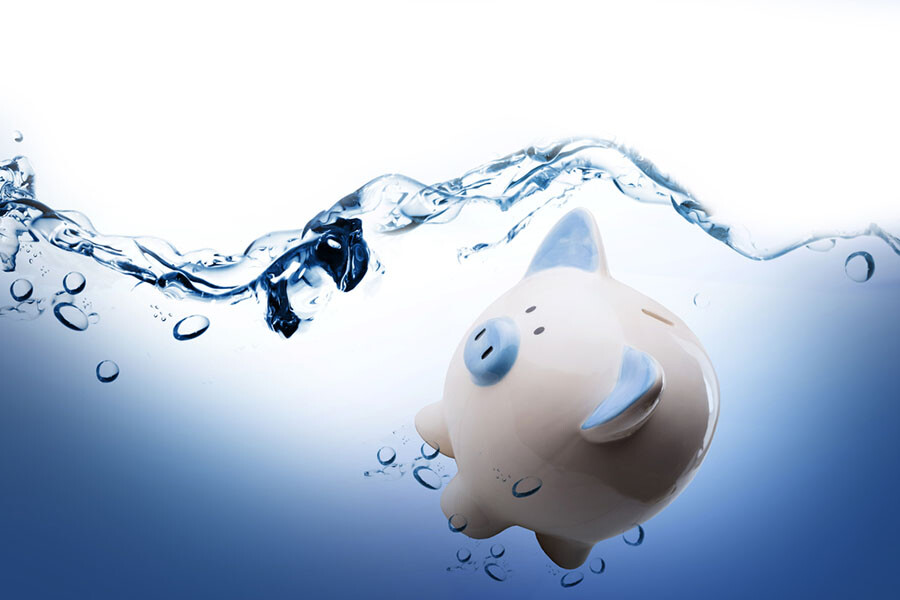 You might be earning more now, but this doesn’t mean you need to upsize. Taking on more debt with a bigger mortgage, personal loan or multiple credit cards will see your new earnings quickly gobbled up. Keep in mind as well that if things don’t work out with your new role, or your raises aren’t consistent, you can end up running into trouble financially with multiple lines of credit and not enough money to cover them all.

Unless you were previously struggling to make ends meet, try to keep your spending at a similar level – especially if you want to get ahead.  Developing a habit for eating out, taking an Uber when public transport would suffice, or swapping your prepaid plan for an unlimited data one will quickly see your spare cash gobbled up.

Put it in the bank

Once you’ve paid off any outstanding debts, the smartest thing you can do with any additional income is to put it in your savings. Whether you choose to bulk up your emergency fund, add to your super or put the funds towards something important like your kid’s schooling, your future is the ultimate investment. Setting some money aside while things are good means you’ll be protected from any lifestyle changes in the future.

No one likes a talking to from the fun police, but the good news is that you can still enjoy a salary increase without having to blow the whole lot. Being smart about the way you manage your money means your credit report and your future will be protected.